We won a trip to Lough Gur to meet Apollo 15 astronaut Al Worden. Al Worden is an American astronaut and is one of only 24 people ever to travel to  the moon. He was one of the Apollo 15 crew that landed on the moon in 1971.

​He is in The Guinness Book of World Records, where he holds the record for being the "Most isolated human being" ever. When was on his own in the command module while the other crew were on the moon, at one stage he was 2,235 miles away from the nearest human being in the universe.

5th and 6th class travelled to Lough Gur where Al gave us a very exciting presentation on his space journeys and all about space and science. He told us how he became an astronaut, all about the training he had to undergo and what life was like on board the Apollo 15 spacecraft.

He said that “Technology is moving at such a rapid pace that the science and engineering jobs that you will do may not have been invented yet – you are our future explorers.”

It was a trully fascinating day and one we will remember for the rest of our lives.

You can watch an interview with Al Worden by clicking here.
​ 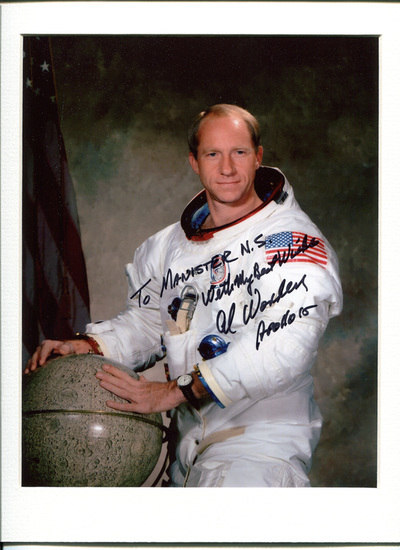 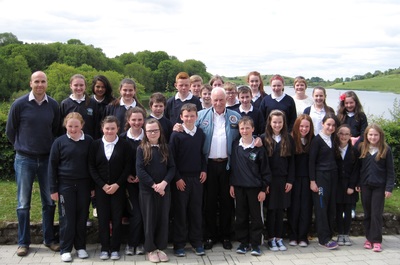